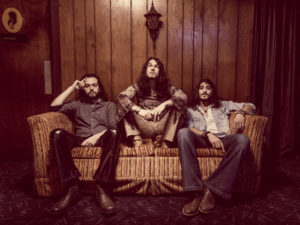 We all like our coffee one way or another but one in particular is Black Coffee. Formed in early 2017 the band from Columbus, Ohio. A three piece band that delivers a diverse selection of original music it’s fan’s came to love. Drummer Tommy McCullough introduced vocals/bassist Ehab Omran, to guitarist Justin Young. Black Coffee inspiration from classic rock bands of the 60’s, 70’s, and 80’s, and blend it with the music of blues, and some good old rock n’ roll from the 40’s and 50’s. Their sounds have rage from AC/DC to Van Halen to the likes of Black Sabbath, and Led Zeppelin.

The release of “Take One” which was released on April 20th 2018 The original single, “I Barely Know Her,” is available now on all streaming services, and the video debuts Friday, April 20th as well. You can see the video here by clicking on the highlighted link. If you would like to buy from Apple click here>>