Multi-platinum hardrock powerhouse Five Finger Death Punch continues to tease their upcoming album by releasing a new song “Times Like These” via Better Noise Music. 5FDP just recently broke the record for most consecutive #1’s on Billboard’s Mainstream Rock Chart as “AfterLife” became their 13th #1. The band has released the title track, “IOU,” and “Welcome To The Circus” so far, giving fans a preview of their most innovative body of work yet. Stream “Times Like These” HERE and pre-order AFTERLIFE, available August 19. Full tracklisting below.

The band’s last album F8 produced four #1 hit singles including, “Darkness Settles In,” which previously saw the band tie the record for most consecutive #1’s on Billboard’s Mainstream Rock Airplay Chart with Disturbed – a record that they have now broken. Already global rock stars who debuted at #1 on rock charts and Top 10 on the Mainstream charts with their 2020 album F8 in the USA, Austria, Australia, Canada, Finland, Germany, Sweden, Switzerland, and the UK, 5FDP is dipping into the Metaverse with AFTERLIFE. They created a gamified fan club experience in the form of an interactive virtual world developed on the near photorealistic Unreal Engine on their Five Finger Death Punch Fan Club app HERE.

The 5FDP Fan Club app, which at its launch in April, gave members exclusive first access to presale tickets, and provided a community for the most diehard fans and updates on the latest 5FDP news is available as a stand-alone app in the Apple, Android and Google Play app stores. Premium Members of the Fan Club will receive numerous additional perks throughout the year.

“AfterLife” and “IOU” were met with rave reviews from Loudwire and Guitar World, respectively. Loudwire proclaimed the first single was a “hard-hitting rock radio gem,” while Guitar World described the latter as a “blend of savage riffing and catchy vocal hooks over a rhythm section of thunderous, headbang-worthy grooves.” Additionally, in just under a month, “Welcome To The Circus,” earned over 4 million streams across platforms. The band tapped their longtime collaborator Kevin Churko (Ozzy Osbourne, Skillet etc.) to produce the band’s ninth and arguably most diverse record.

Amassing over 8 billion streams and 3 billion video views to date, 5FDP has sold over one million tickets between 2018 and 2020 alone. The band has been lighting up stages in Europe over the last month, with tonight’s last show taking place in Finland. Later this summer, 5FDP will be heading out on tour with special guest Megadeth, performing in cities across North America. Set to kickoff in Portland on August 19, which coincides with the release of AFTERLIFE, the tour will span over 30 dates, closing out in Salt Lake City on October 15. Additional support will include The HU and Fire From The Gods, promising an intense multi-faceted night of heavy rock music. Full list of dates below. Visit FiveFingerDeathPunch.com for tickets.

5FDP band members Ivan Moody, Zoltan Bathory and Chris Kael are also making their movie acting debut with their appearance in the upcoming horror-thriller film THE RETALIATORS, a Better Noise Films production, which is set for a September 14, 2022 theatrical and streaming release. 5FDP appear both onscreen and on THE RETALIATORS original soundtrack, alongside some of the biggest names in rock: Mötley Crüe’s Tommy Lee, Jacoby Shaddix of Papa Roach, Spencer Charnas of Ice Nine Kills, From Ashes to New, The HU, All Good Things, and more. 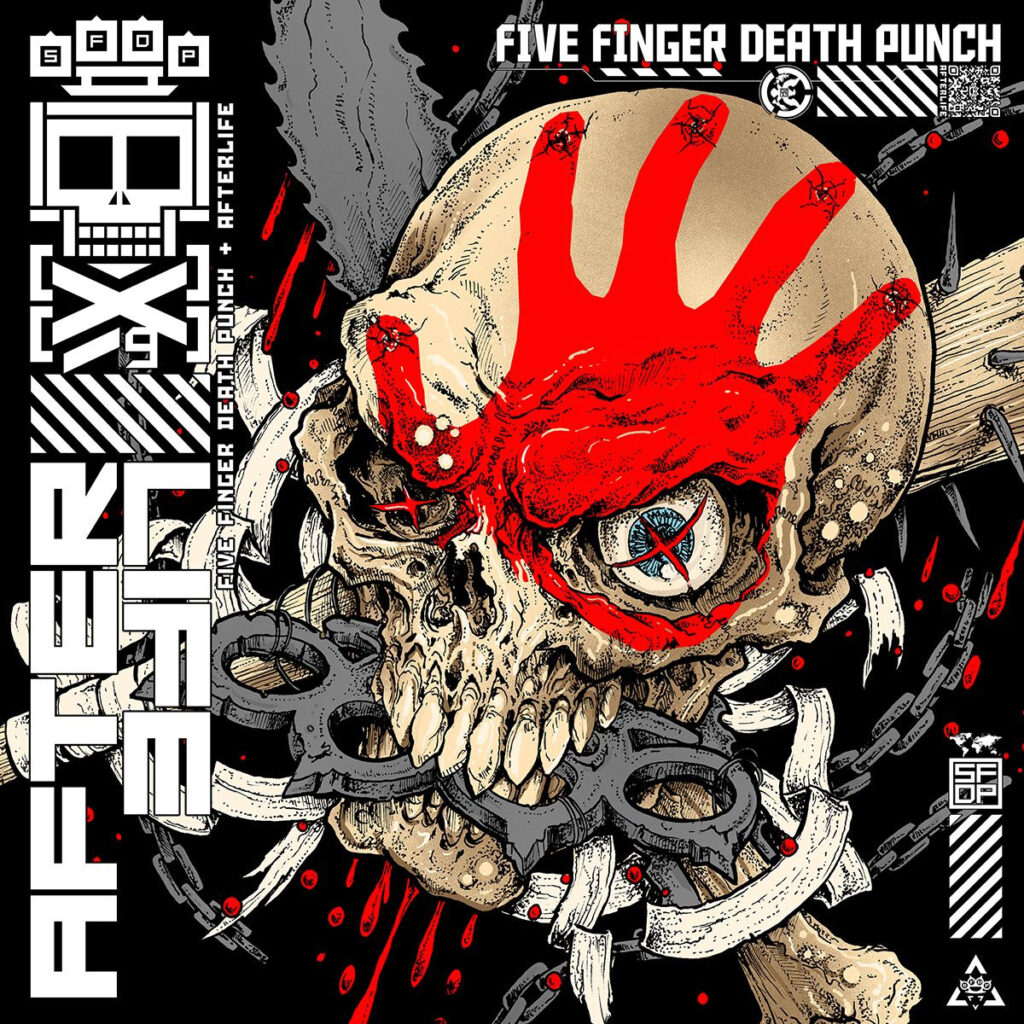