Before we go on you can count on this show being sold out so do yourself a favor and act quickly. Royal Oak Music Theatre will be rocking out on January 25 with one banger of a show. Young Guns is a understatement when referring to these rock & roll trailblazers, Dirty Honey and Mammoth WVH set to light up the stage. Having covered DH in the past you definitely will be getting some deep guitar riffs of blues, with some good old fashion hard rock riffs, with one incredible voice from frontman Marc Labelle. The 31-date co-headlining tour kicks off January 18 at The Fillmore in Philadelphia.

The Young Guns Tour is in support of both artist’s self-titled debut albums; Mammoth WVH and Dirty Honey, both released earlier this year. Both bands saw their debut singles – Dirty Honey’s “When I’m Gone” and Mammoth WVH’s “Distance” – occupy the #1 position on Billboard’s Mainstream Rock Airplay chart. Having seen DH I don’t doubt the single climbed to the top. The bluesy rock band is a treat and a must-see show, like I mentioned blues guitar riffs at its highest level. I know you’re wondering about those guitar riffs aren’t you, don’t worry I have a shared video right here for you, one ass kicking jam titled California Dreamin 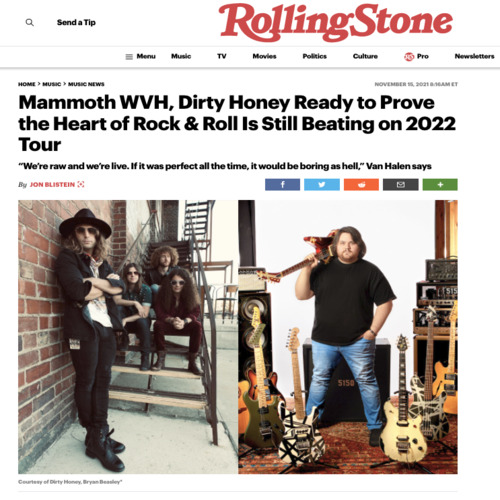 If you dig that sexy bluesy style you must checkout “When I’m Gone” to be honest you can’t help but to be remined of Jeff Keith from Tesla ringing out through the track bringing back that old school sound something that DH truly has mastered. The band was formed in 2017 and has been rising ever since. DH has toured with the like of Guns N’ Roses along with opening up for the Black Crowes to name a few and selling out shows in a city near you on a nightly basis.

Not having seen Wolfgang Van Halen in person yet all you see and hear is nothing short of great reviews about the hottest young talent out right now. WVH prepared a lifetime to make his first impression a lasting one with his solo band Mammoth WVH. The songwriter, vocalist, and multi-instrumentalist worked tirelessly on material that would become his self-titled debut album – now available via EX1 Records as a part of his partnership with Explorer1 Music Group. Playing every instrument and singing each and every note, his music presents a personal and powerful perspective, balancing memorable hooks and tight technicality. 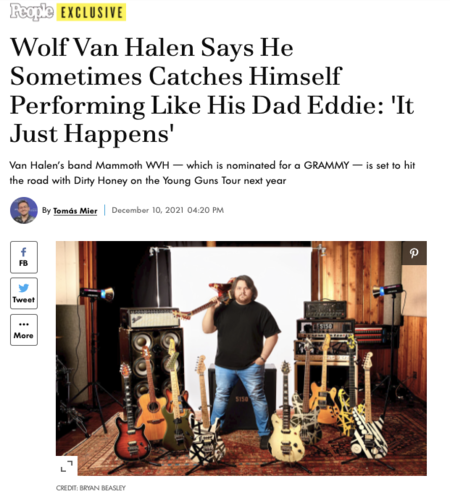 Many times the audiences have experienced his talent alongside the likes of Tremonti, Clint Lowery, and of course, Van Halen, Wolfgang prepares to step into the spotlight with his own brand – Mammoth WVH – for the very first time now. Going forward with WVH music is going to be one incredible journey that will leave his fans wanting and waiting on the next level album after album for years to come. The 30 year musician is clearly talented displaying some sharp, masterly filled writing, along with his display of instruments played by himself a talent in itself.

Here is what they are saying:

“It was a year in which Mammoth WVH and Dirty Honey emerged as leaders in bringing back a more straight forward and somewhat classic rock vibe to listeners.”– Loudwire in their Best Rock Songs of 2021 List

“Dirty Honey and Mammoth WVH are two of the best new, real, emerging rock bands we have today. Touring together will prove that rock is far from dead and will no doubt showcase its very bright future.” — Eddie Trunk • TrunkNation Sirius XM Radio

With our neighbors from Canada and all across the great lakes state tickets will be gone fast. Don’t be the one that misses young talent at its best letting us all know rock isn’t dead.