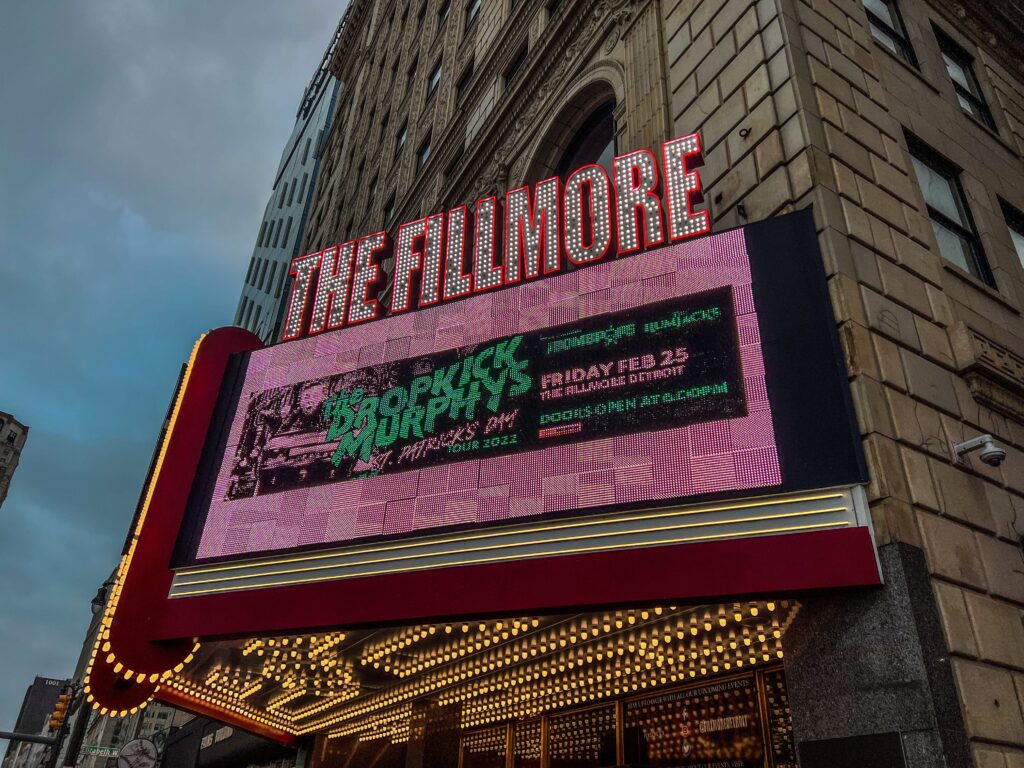 Talk about a wild evening and that it was at the Fillmore in downtown Detroit on Friday night as the Dropkick Murphys brought their St. Patrick’s Day tour to the historic venue. Here in Detroit on one of the most iconic roads in America known as Woodward Avenue is where you will find all the venues such as The Fox Theater, The Fillmore, Little Ceasars Arena, Ford Feild and Comerica Park all which host major concerts you will also find heavy traffic. Speaking of heavy traffic that’s what it looked like with the massive crowd waiting to get into the Fillmore to see DKM, by the way the line wrapped around the building and went three long blocks. Doors opened up at six and the place filled up very quickly, fans of all ages were ready to release. If you never been to a Celtic concert you need to go and see for yourself firsthand and witness the high energy level that is constant and never settles down until the final goodbyes are said. Tonight, was one of those nights absolutely insane I repeat it was f$$king insane.

After a short solo act by Jim Lindberg of Pennywise opening up the evening things were about to get going as The Rumjacks originally formed in Australia in 2008 hit the stage receiving a loud roar from the already hyped-up crowd. The Rumjacks bring a very loud but energetic live show suitable for all who plan on letting loose. The Celtic/Folk band wasted no time firing up the sold out Fillmore crowd with some high energy, drink in hand, kilt wearing crowd surfing music that set the tune for things to come. Picture your local airport for a second, instead of planes coming in and out it was a steady stream of surfing with the crowd coming in all night long. The Rumjacks brought some blistering tracks with them in support of their EP Brass for Gold which came out on February 11th of this year. Celtic punk at its finest without a doubt.

After the electrifying set by The Rumjacks it was The Bombpops turn to crank it up to another level. The American punk band out of California did just that. It was my first time ever seeing or hearing the band and it was awesome. As the old saying goes first impressions are lasting and that holds true my friends. Get out and see for yourself you can come thank me later. The Bombpops were formed by co-frontwomen Jen Razavi and Poli van Dam, the band is signed to Fat Wreck Chords. Jen Razavi is amazing and had totally control of the crowd, every note, every guitar cord, just total ownership. Again, high energy is the theme of the night and the folks from across the river in Canada, and folks from all over the state of Michigan were treated to one hell of a set.

9:15 – That time of the night was finally here, all the hype, all the built-up energy from no touring due to Covid was about to be unleashed on the Fillmore. The party was about to begin and out of the darkness led by the killer sounds of bagpipes calling out to the overly packed Fillmore Dropkick Murphy’s take the stage one by one. Ken Casey (vocals) can be heard and finally appears with an arousing roar from the crowd. The Quincy Massachusetts punk/folk band is just packed with high energy some great stage presence from each member and a pretty cool stage setup. Side note: The Boston Bruins logo wasn’t working here in Redwing country but totally forgiven just for the night. Ken Casey was nonstop all night where do you find all that energy sir! Guitarist James Lynch was absolutely shredding the guitar all night long smoothly blending with the incredible sound of those bagpipes, I mean who doesn’t like a good hair raising bagpipe. The St. Patrick’s Day tour was in full effect and more crazier than earlier. The crowd surfing really picked up keeping security busy all night long.

The band opened up with Cadence to Arms, the song starts with a beautiful melody of bagpipe sounds that rang out to the delight of the crowd then bam! in your face high energy takes over with guitar rips back to the pipes, then slowly fading only to be amped up with the voice of Ken Casey and his body language keeping the crowd in a frenzy all night fading into Do or Die the song is hard to keep up with its just packed with just about everything under the sun. Just to let you know you will have some type of stiff neck come the morning. The 26 song set was a banger, ending with I’m Shipping up to Boston coincidentally that’s where the band will end the tour at some sold out shows in Boston and you guessed on St. Patrick’s Day no less. Holy hell its was insane here can only imagine what it will be like in Beantown.

Missing in action on this tour is vocalist Al Barr who made the difficult decision not to join the band this tour due to some family issues but should be able to make it out to select dates. It’s been a couple of years since DKM has been in town and delivered one hell of a show for the Detroit area. Overall, the band is very dynamic top to bottom leaving you walking away pretty impressed by what just happened. So much is going on stage all at once and quickly I might add it’s pretty damn impressive keeping all those sounds seemingly blending together unnoticed creating fun music for all ages. Celtic punk is strong and kicking some ass! If you haven’t seen Dropkick Murphy’s you should. The band will be coming your way in the month of March so act quickly and see what all the hype is about. Checkout DKM website for more info.

The band latest album Turn up that Dial will be out April 30. 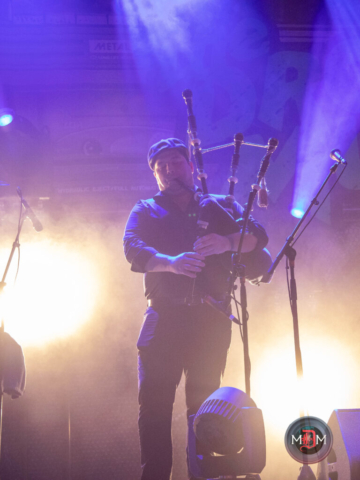 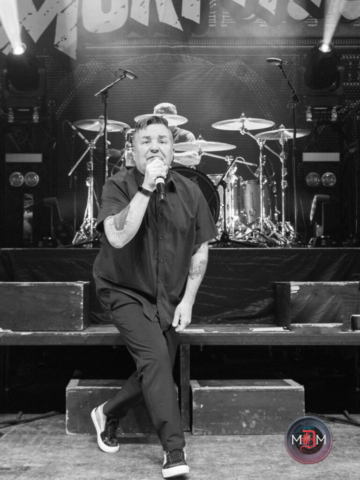 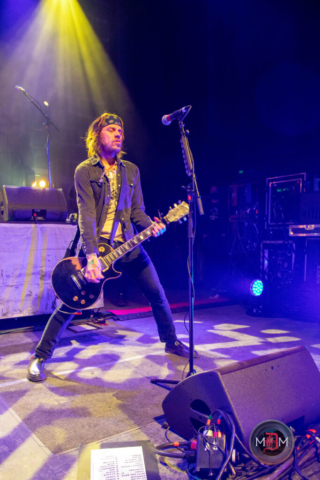 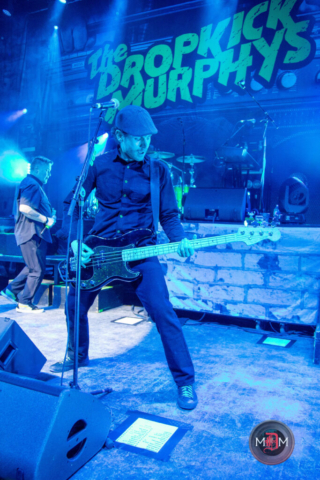 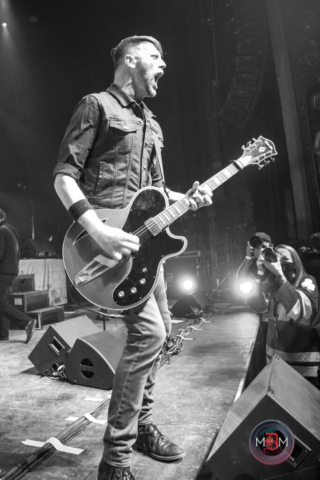 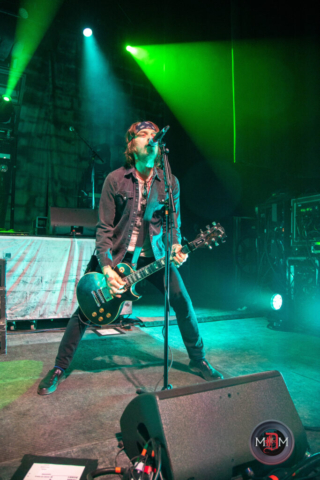 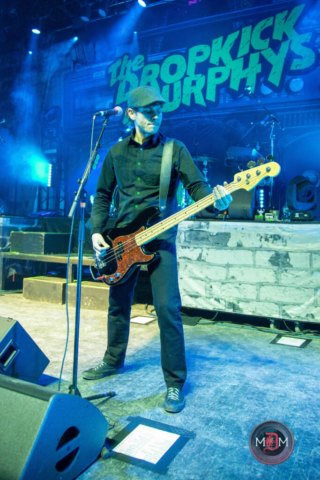 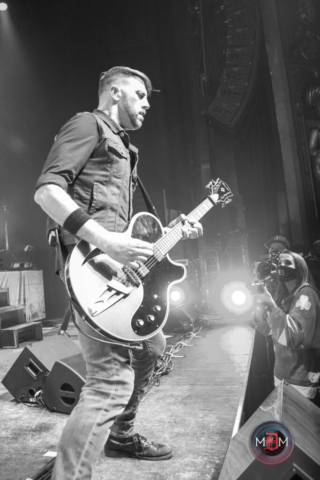 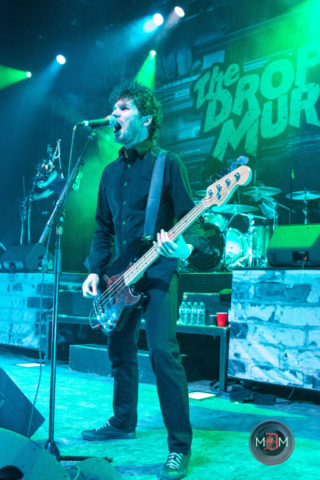 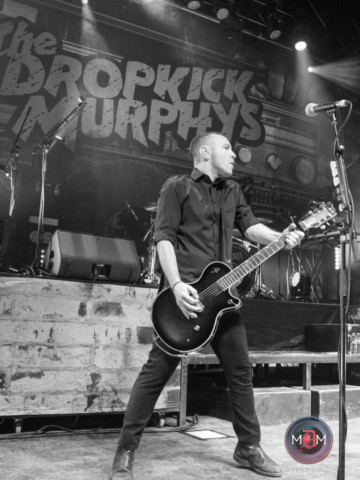 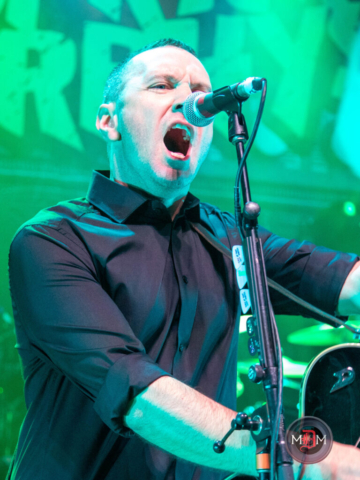 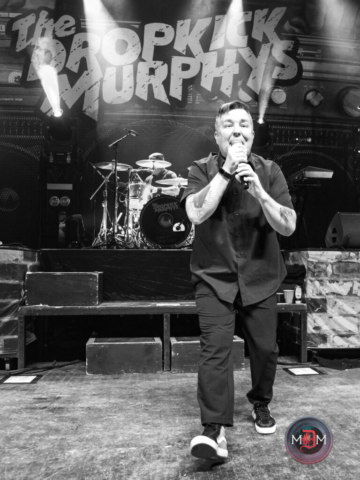 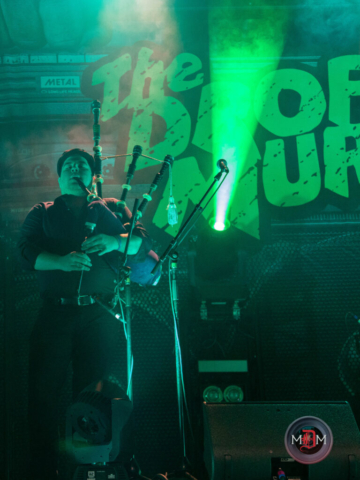 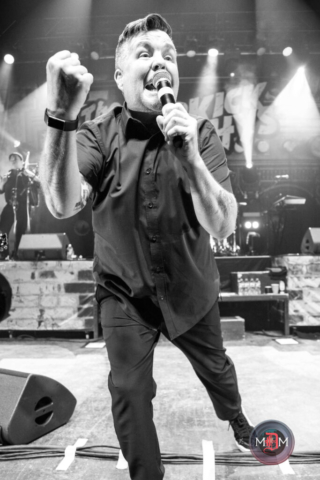 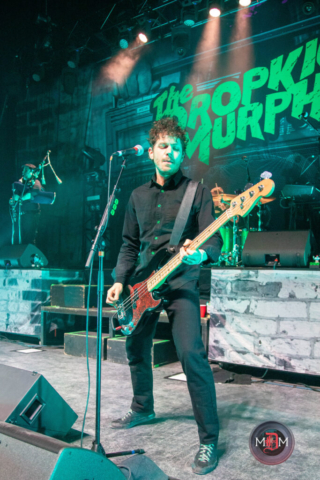 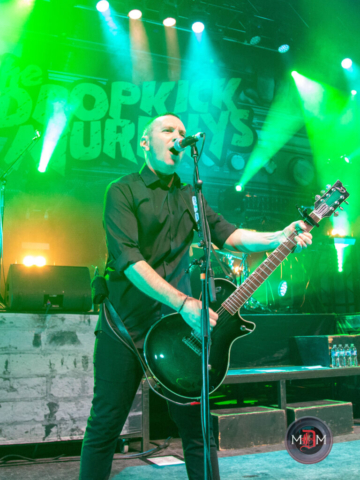 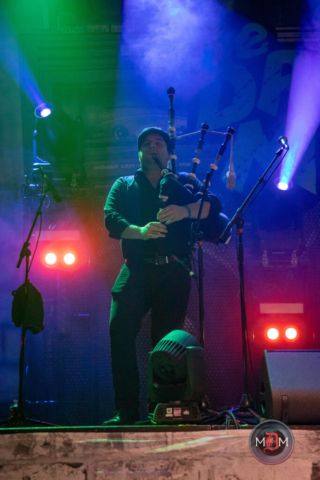 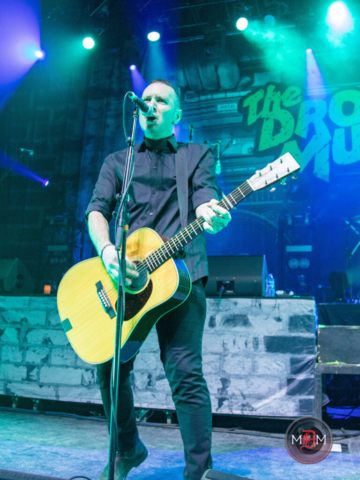 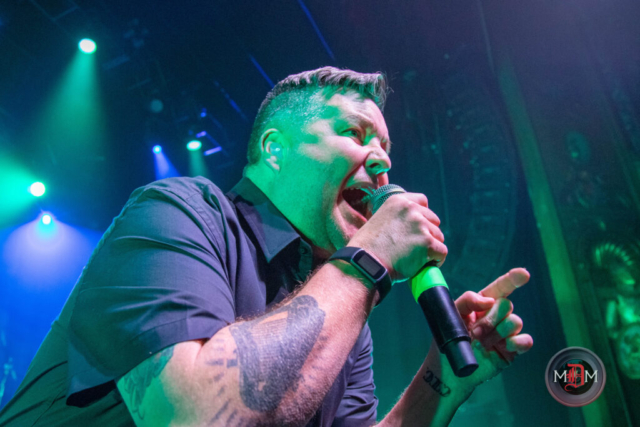 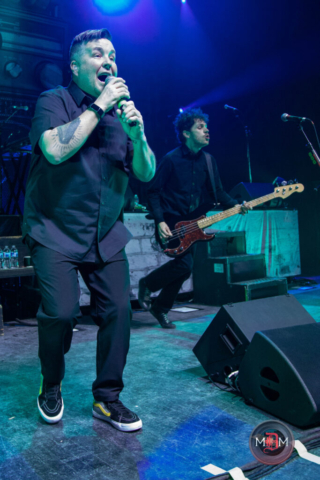 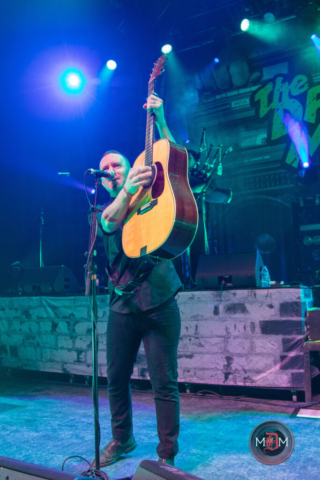 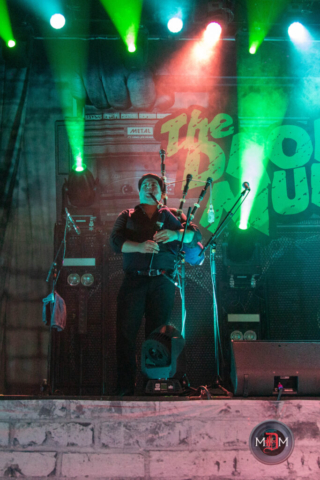 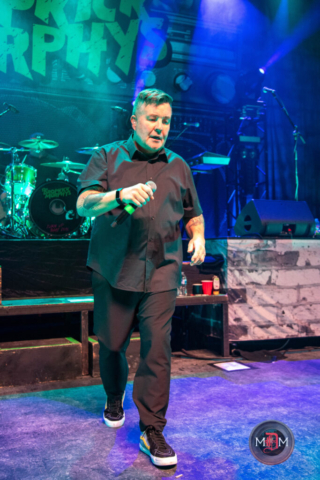 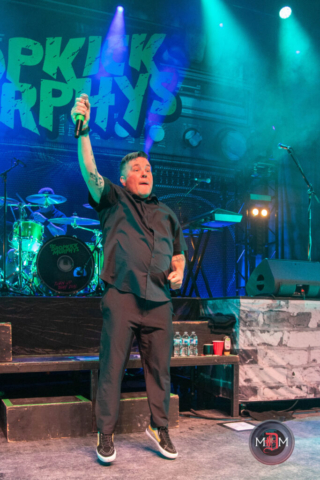 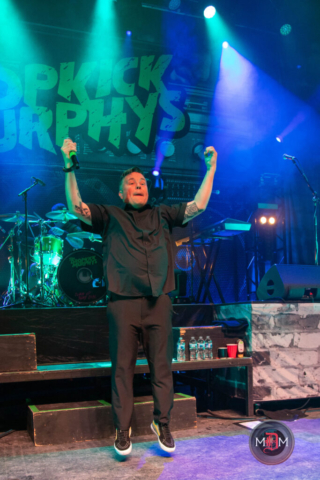 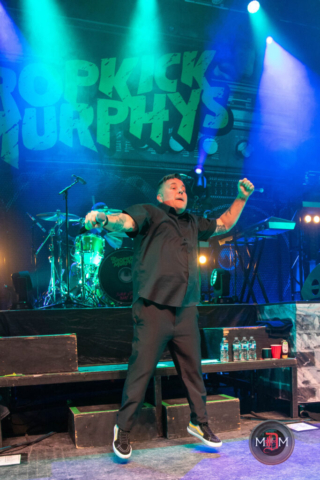 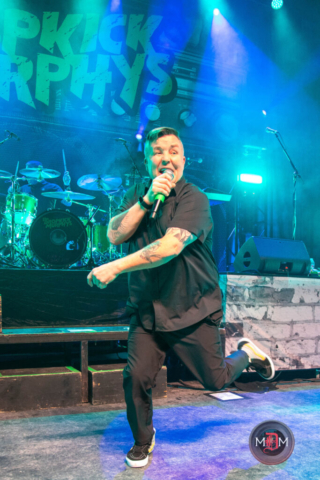 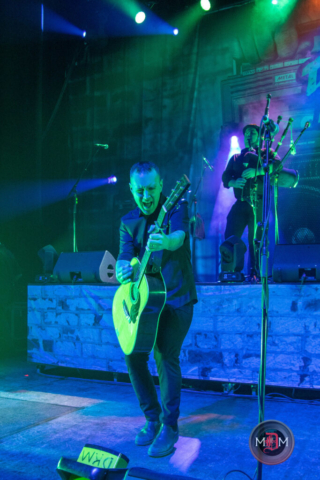