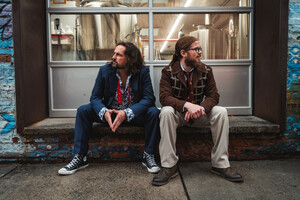 THE WATERSHED BAND–brothers Tom (vocals, guitar) and Leon (vocals, bass) Kafafian, released their debut album, SUNSHINE, on July 30 via No Reverse Records. It’s is available on all music platforms including iTunes, Spotify, and Pandora. The 15-track record includes the singles, “Someday” (produced by Billy Howerdel — The Perfect Circle, Ashes Divide) and “Marcie.”

Debuting at #8 on the iTunes “Singer/Songwriter” chart, with a sound of late Beatles and early Crosby, Stills, Nash & Young, THE WATERSHED BAND are no strangers to building a sound with mass appeal. They’ve developed multiple artists and their sounds over the years. Kafafian brother Tom is referred to as “Tommy K” in the music world, who began working with Stefani Germanotta in 2006, now known as Lady Gaga. He went on to play bass with Gaga on her first world tour, and played her landmark show in Glastonbury in 2009. He also wrote the bonus track, “Disco Heaven,” on her 2008 Grammy-winning album, THE FAME.

Now is his season to shine through. The production of the songs on SUNSHINE have a blend of both techniques, marrying old and new, creating a timeless sound that is perfect for any long drive, lazy afternoon, or chill session with good people and better drinks.

“At some point during our first year making music together, we started to realize we really enjoyed this new sound,” said Tom, “It was truly born out of a place of honesty.” The music they have created is fresh yet nostalgic, getting back to a style of album where you hit play and let the experience happen. 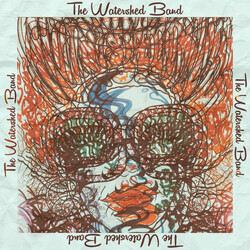 “I will send full tracks to Tom and sometimes he will play a part a little different and swap it out,” said Leon. “Sometimes Tom will start the track and I’ll put vocals on it. The process has been really fluid and always changing. When it comes to songwriting it’s 50/50. I wrote the words to “True” and Tom sang the lead, he wrote the words to “Did It Again” and I sang the lead. We just go with whoever has the best version. I am always in awe I get to work with (this very humble) guy.”

THE WATERSHED BAND is here to put the focus back on songs and bring back a bygone era when music was the soundtrack of our lives. Now featured on 10 Spotify playlists, just one listen and you will remember what it was you had forgotten.